The last day of 2014 went something like this: Our little plane had been delayed at an outstation early in the morning, causing a domino effect of delays across the board. By the time we were two legs into our work day we were slightly caught up, only an hour behind schedule. As we boarded the plane for our final flight of the year, it was already getting dark, and I felt a strange twinge of emotion as I silently said goodbye to the 2014 sun.

Seattle to Colorado Springs is a bit of a long flight for us regional carriers, and last night's flight felt longer than usual. The other flight attendant and I completed our service, restocked and made all the proper announcements. As we worked, we chatted and joked. But after a while, we fell silent, both lost in contemplation.

2014 was over and done with, yet I felt strangely scared to let go. So many things happened this year. In 2014, I went after my dream job. Along the way, I explored Denver, Portland and Phoenix. I put myself on the line time after time, and experienced more rejection than I have ever felt in my entire life. I quit three jobs, maxed out credit cards, drained my savings, left home and friends for weeks and months at a time. I lived in Salt Lake City, Minneapolis and finally returned to Seattle. I lost a friend or two. My relationships were pushed to the edge. I cried more, laughed harder and dared to dream that I really could do anything.

I decided to document my search for adulthood and a meaningful career. I started this blog here on January 5, 2014 with a post entitled "Are We There Yet?" And honestly, I still don't know where "there" is and how I'm supposed to know when I've arrived at this place. I don't feel like anymore of a grown-up than I did last year. I'm still searching for answers, figuring out finances, balancing relationships and learning how to not rip my pantyhose all the time.

So I guess I'm still on some sort of journey. I haven't landed yet, but the view from up here isn't so bad.

This adventure isn't quite over. I think this might just be the beginning. 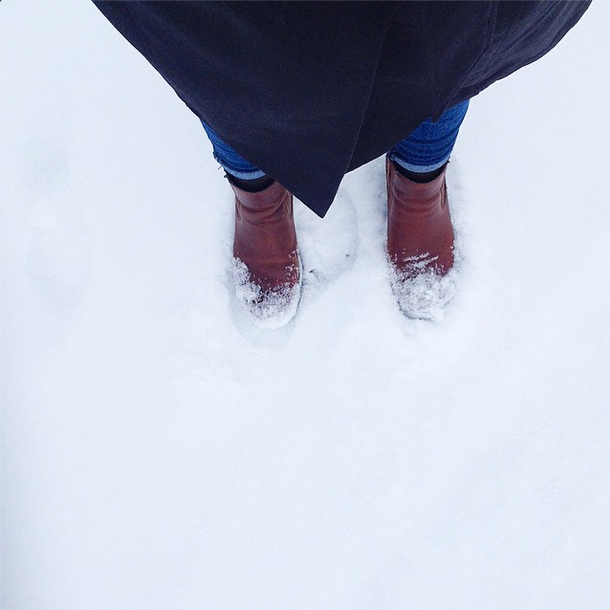