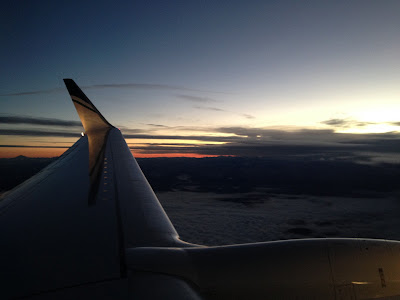 'Twas the night of the redeye, when all through the cabin and cargo hold
Not a creature was stirring, not even a thirsty MVP Gold;

The trash and recycling were hung in the back galley with care,
In hopes that our very full grey bags would not tear;

The passengers were nestled all snug in their beds,
While visions of Biscoff danc'd in their heads,

And senior Mama in her Danskos, and I off my feet,
Had just settled down for a sit in the jumpseat—‌

When out in the cabin there arose such a clatter,
I sprang from the jumpseat to see what was the matter.


The cabin was quiet.

The lights were dim.

The temperature was finally, finally that oh-so-perfect balance between too toasty and too chilly.

I had just walked through the aisle once, twice, thrice to collect trash, then offer water, then check on my one hundred eighty-one sleeping customers.

All was well on this night flight from Anchorage to Seattle. 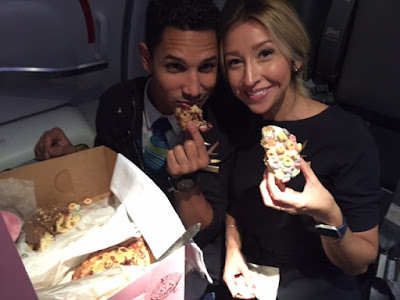 And then a call button went off. Just a simple chime, an illuminated blue light at a passenger seat. And then again. Once more.

I walked quickly down the aisle as my co-worker walked to the seat from the other side of the airplane. We stopped in front of row fourteen. A man sat in the middle seat, cradling a woman who was bent over at the waist, moaning and flailing her arms.

"Is your wife okay?" I asked the man.

"She's not my wife. But she's not okay. She's delirious."

And that's the moment it hit me:

You gotta deal with this, right now. 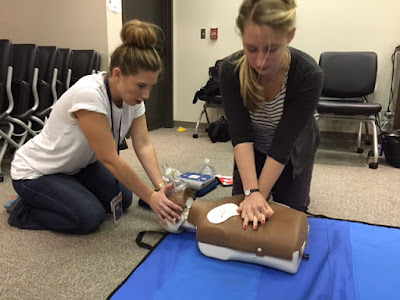 I started calling out orders to my co-workers, who had gathered. Bring me a box of gloves. Bring me oxygen, the big emergency medical kit. Bring me the MedLink headset.

We called the pilots who patched through to MedLink on the ground. We made an announcement asking for any medical professionals to identify themselves.

Okay, I thought, you got this.

In a matter of minutes I was talking to a doctor through the headset. I asked our customer questions, I felt her pulse and her temperature. My co-worker started administering oxygen. I opened up the medical kit. Our customer was rocking back and forth, moaning and holding her abdomen. She was becoming very ill.

About ten minutes into the ordeal I felt a tap on my shoulder. A man had woken up and asked what was going on. I told him that it was a medical situation and asked him to remain seated, if possible. 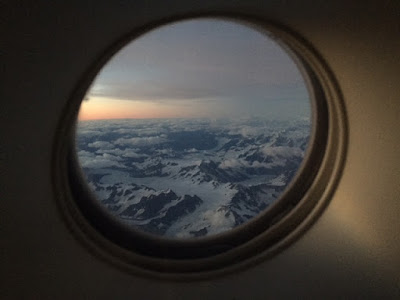 "Okay, well let me know if you need help, I'm a trained medic," he said.

Our new medic friend jumped in and we became his runners, grabbing equipment and gloves and trash bags. The two flight attendants in the back of the airplane took over the rest of the cabin and First Class, delivering occasional drinks, reassuring the passengers and preparing the cabin for landing once we were closer to Seattle. I stayed with the ill customer and our medic until we passed through 10,000 feet, and then I moved up to my jumpseat.

On the ground we had paramedics in the jet bridge, ready to receive our ill customer. She was taken off the plane and our other customers deplaned, sleepy and happy to be in Seattle, most of them unaware of what had transpired.

The medic stayed on until the end, and we thanked him profusely.

"You guys did it. You were a team. As a medical professional, I am truly impressed." 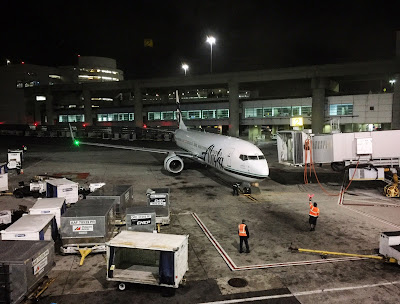 I think my ears are still ringing with that compliment. My heart is bursting with pride for my company, for my pilots and for my amazing, amazing co-workers (Hi, Alejandro, Jenna and Danica!).

No matter the time of day, crazy situations will arise when you work at 41,000 feet. It may be an disruptive customer, illness or someone experiencing emotional distress, but you and your crew will have to be ready for anything.

Someone will be holding a hand, another will be talking to MedLink, another taking care of one hundred eighty people and another crewmember will be the constant link between the cabin and the flight deck. 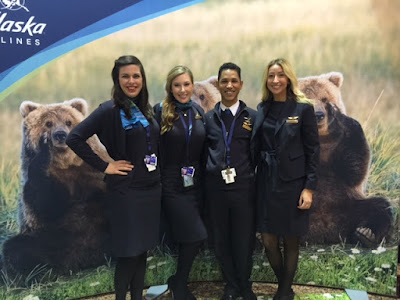 And it will all work out, I promise.

Keep your chin up, you got this.