We climbed into our second home, the Abraham Hostels minibus and settled in. The bus rumbled out of town and Haim, our tour guide, pointed out a few of the sights. We settled in, bathed in warm sunshine, as Jerusalem disappeared behind us.

"And now we continue on to the North," Haim announced, his signature way of informing us that he would be driving in silence for a while, allowing us to take in the beautiful scenery.

Desert. Camels. Yellow license plates. White license plates. One road. Pomegranate stands. Banana fields. Landscape that changed when you blinked your eyes for even a moment.

The air became salty as we neared the Mediterranean Sea. "This is Caesarea," Haims voice crackled life into the PA. We slowed to a stop in the parking lot. Our tour group popped out and wandered towards the ruins at Caesarea National Park, home to arenas and cliffside palaces of the Roman empire.

"Psst," Haim whispered to Kara and I as the tour group disappeared ahead of us into the park. "Want to see my favorite place here in Caesarea? Come on, let's ditch the group."

Laughing we hopped back in the minibus and drove a few miles up the road with our new friend Haim. Soon we realized why this stretch of sandy beach was a must-see. Waves crashed onto the sand, wilder than the tame beach at Caesarea. The ruins of a 2000-year-old aqueduct arched over us as we settled into the warm shade and talked about life.

(There's something about traveling that takes you outside your own mindset and let's you look at life and the big picture a little differently. You see patterns. You see how close human beings actually can be, even though politics and culture often tell us that we are so distant. Maybe we're all just trying to grow up a little and we're all just struggling to figure it out. Maybe we're not really all that different, you and I.)

The morning sun became noon, and we headed north again. Nazareth was our next stop.

The minibus dropped us off downtown, and we grabbed our backpacks and began the adventure of finding the hostel. Since the streets were so narrow, the only way to reach Fauzi Azar Inn was on foot. Around every corner we spotted tiny little cafes and stores. The walk was mostly uphill, but not unpleasant. Finally, we arrived.

We opened the gate and found another home. We were greeted, shown our rooms and told a story. The story was about Fauzi Azar himself, his life, his love for Nazareth and his family. It was a heroic story about his 200-year-old Arabic mansion, a fire and disaster. After his death the house sat vacant for many years. But alongside an unexpected partnership with a young Jewish Israeli man, the Azar family reopened the house. Saurida, Fauzi Azar's granddaughter, smiled as she finished the tale. I looked up at the beautifully painted ceilings and smelled anise tea brewing in the kitchen, along with tiny little cakes set out for an impulsive mid-afternoon snack.

A few of us headed out into the sunshine to explore. Nazareth is an ancient city built into a mountain, boasting dramatic curves, suspenseful twists and breathtaking staircases leading to the top. We wandered through markets, churches and mosques until we found what is known as the Jesus Trail. Climbing upwards, we found the sun just starting to set over the city. We were silent for a little while, lost in our own thoughts and our individual experiences.

This is a land where no matter what you think about religion, you will be challenged to explore spirituality.

The next two days were a blur of holy places. We visited Akko, Haifa, Galilee and the Golan. Each city, each town, each stop was a holy place for someone. The meanings overlap and sometimes differ. For the Jewish people, this place means this. For the Muslims, it means that. For Christians, this mountain is called this, for Bahá'ís, it has this name, for the Druze it is known as that. You will see a temple with four various people groups singing praises and prayers in four different languages. Tour buses with Korean-speaking families, Spanish-speaking groups and Russian-speaking guides.

The Mecca. The Dome on the Rock. The Holy Land. This is the center of everything.

So many different people groups in a land so small. Yet, regardless of what you see on television, not everyone here is fighting. There are cities in which Arabic Christians and Muslims live and work side-by-side. In the northern Golan Heights, the Jews living on the Kibbutzim pray daily for their Muslim cousins over the border in Syria. And in Jerusalem, business partnerships miraculously bloom between Israelis and Palestinians.

There is hope. There is light.

Our tour of Nazareth and the north came to a close in the Golan. We said goodbye to our tour group and prepared for our final night in Northern Israel, before returning to Jerusalem, Tel Aviv, the U.S ...and everyday life. 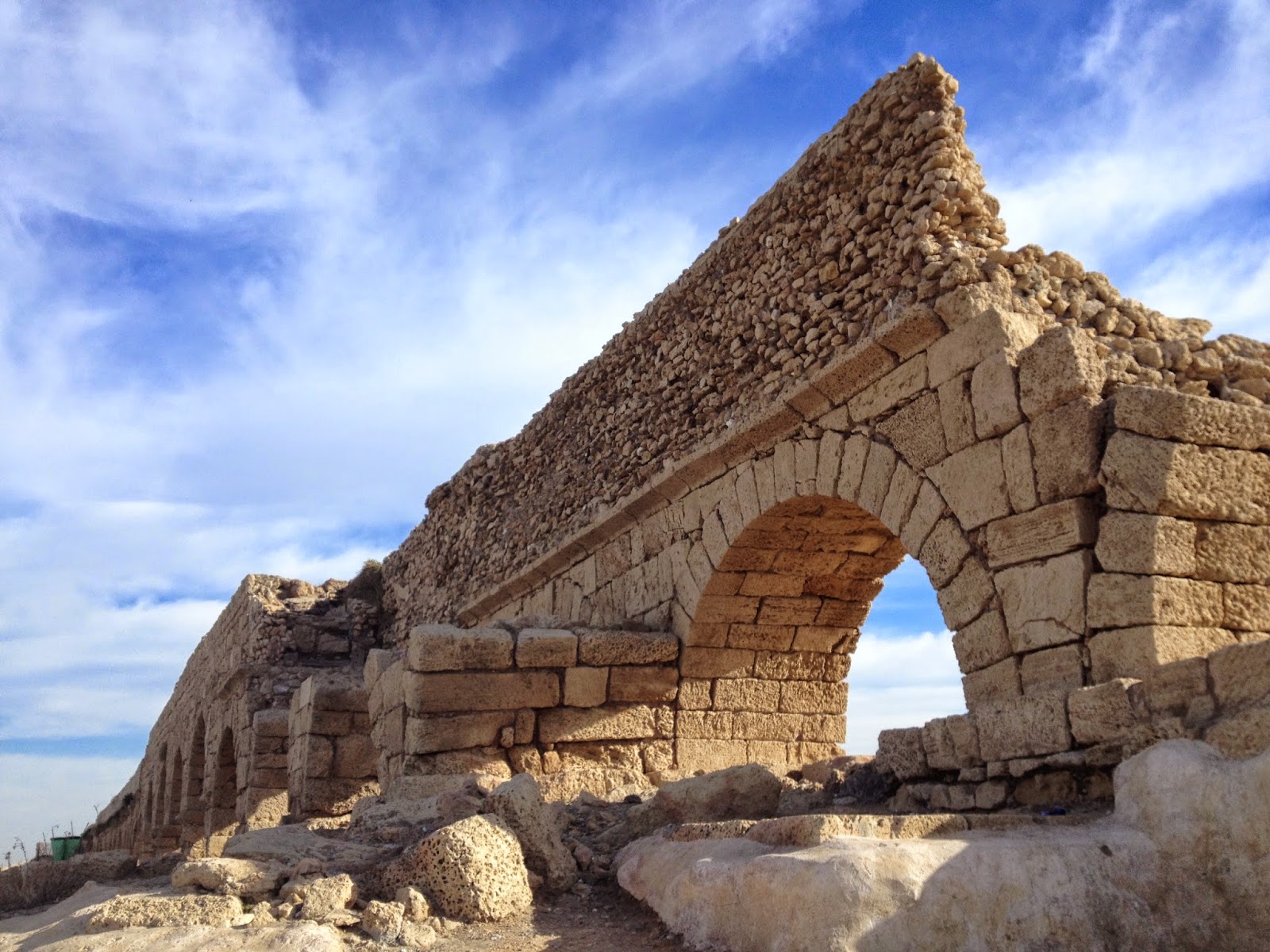 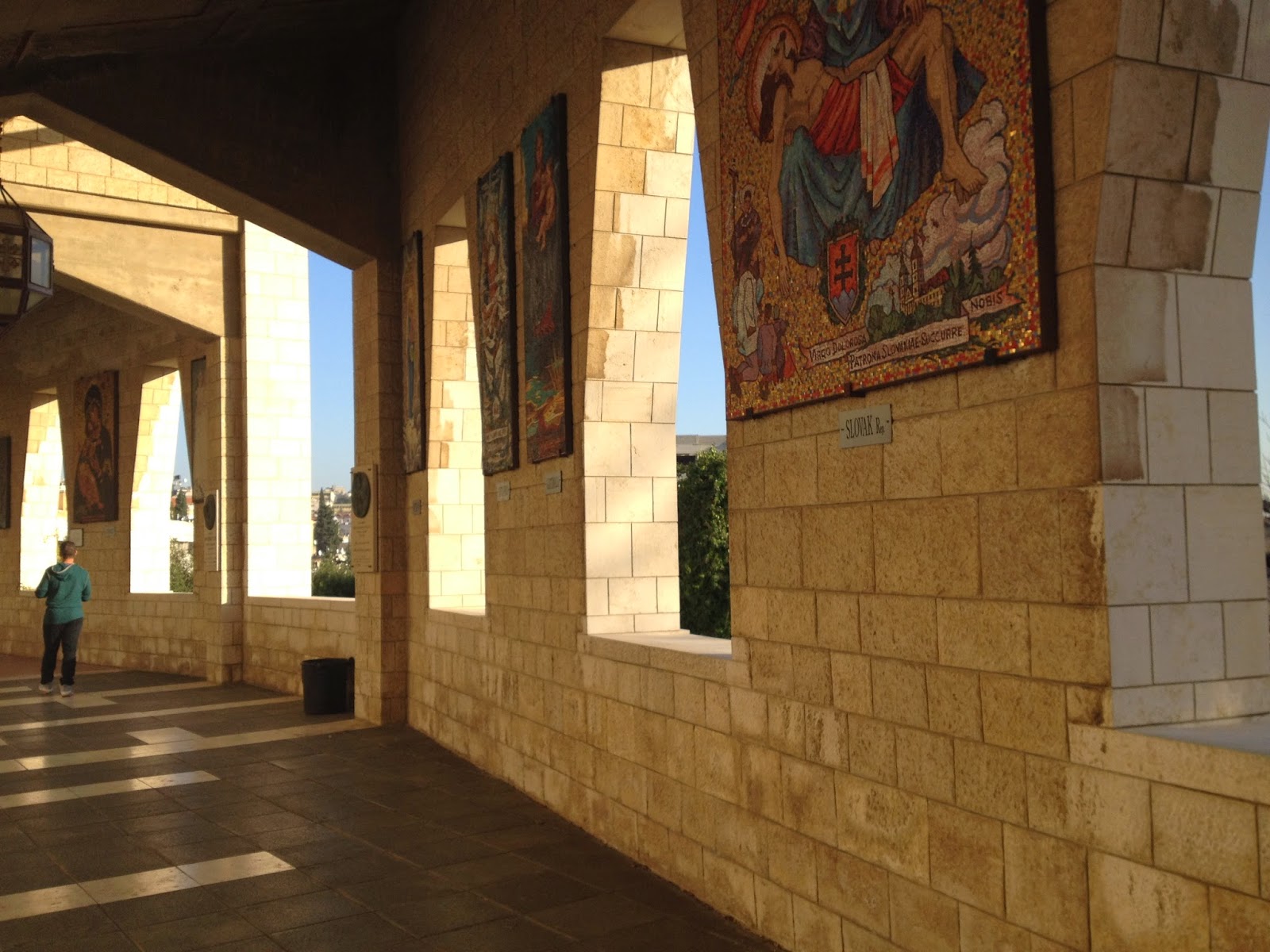 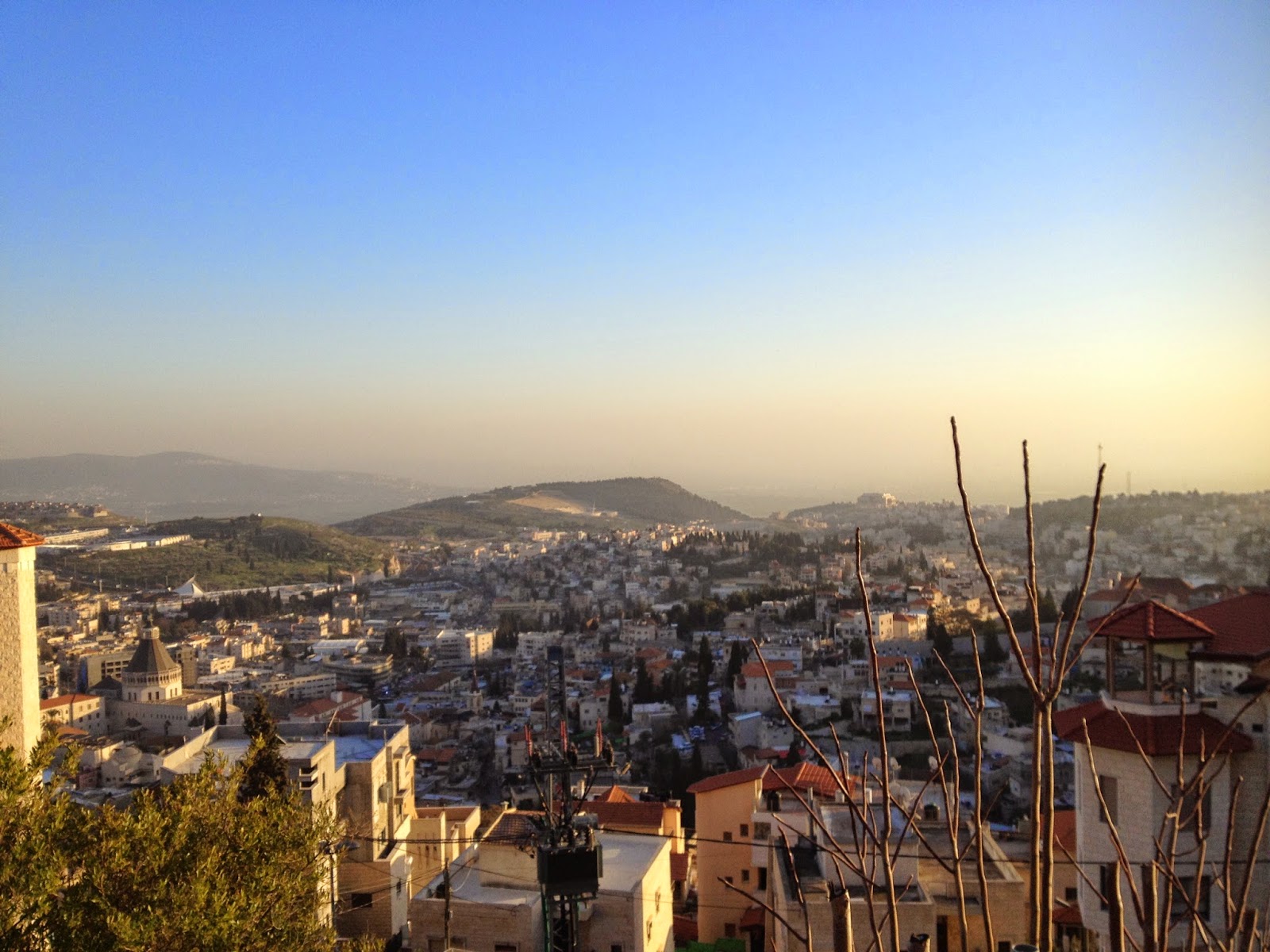 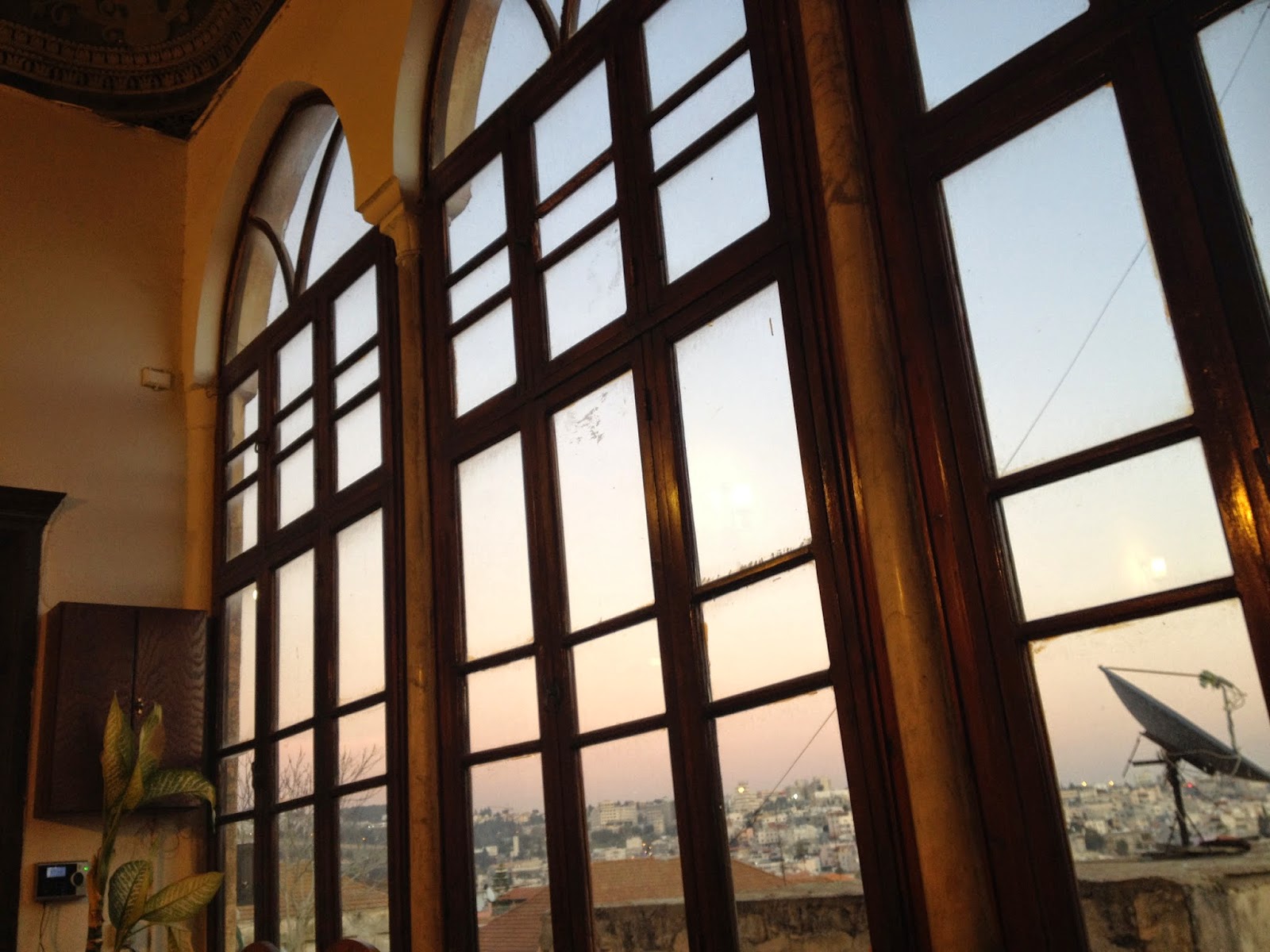 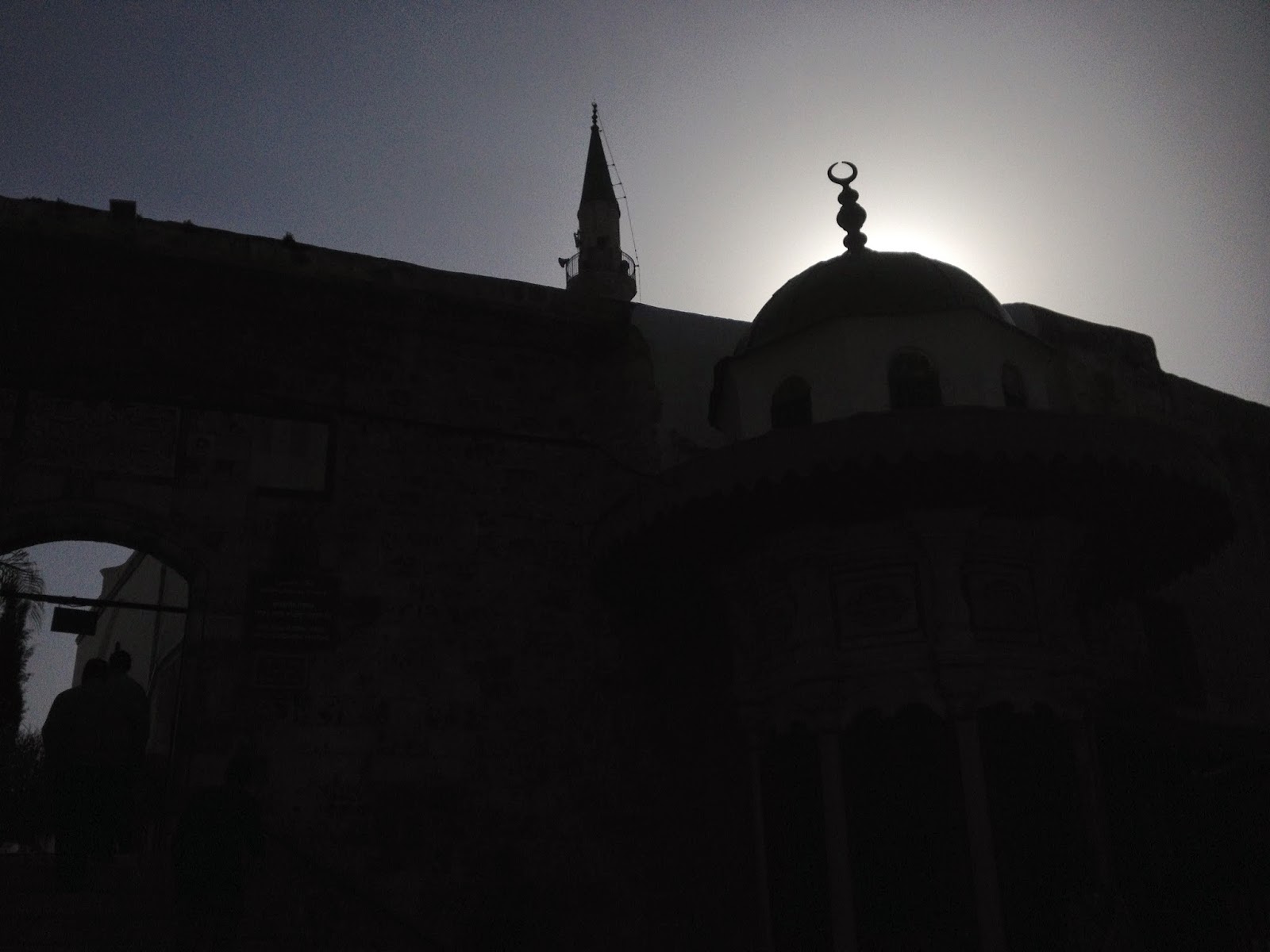 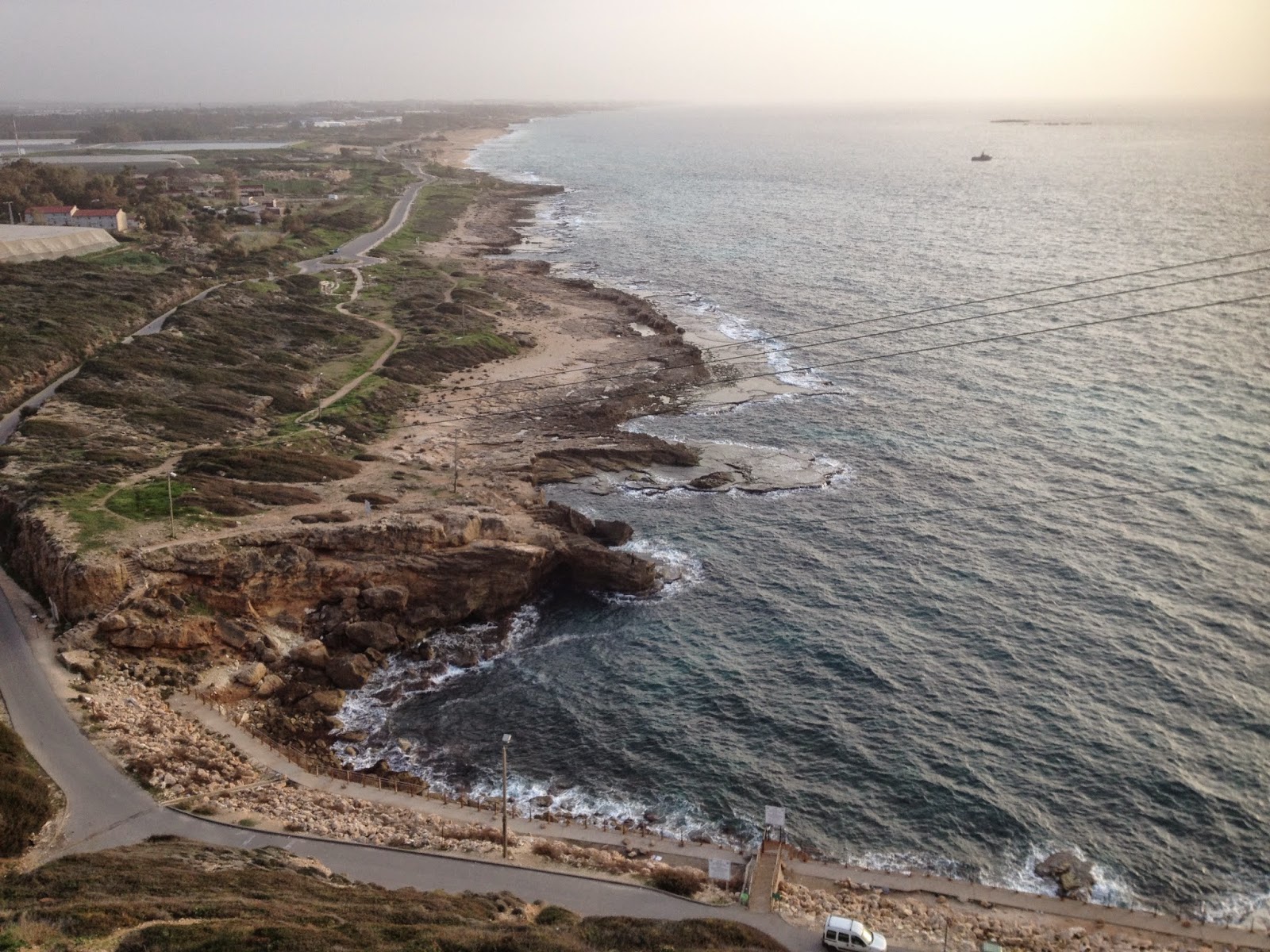 Stay tuned for Part Five of Adventures in Israel, and check out Kara and Celessa's adventures on TheFlightAttendantLife.com. For ideas on planning your own adventure in Israel, visit AbrahamHostels.com and check out TouristIsrael.com.
Labels: adventures Flight Attendant Life international israel jetlyfe landlegs lifeETA theflightattendantlife tlv wanderlust