You might think that a close knit cabin crew has worked with each other for years, but surprisingly, most of us have just met, maybe twenty minutes before you came onboard. And in those twenty minutes, while doing safety checks and crossing seatbelts, we have pretty much classified each other and have tried to figure out what "type" of flight attendant the other person may be.

Without further adieu, I present the Different Types of Flight Attendants that you will find in this job:

The Newbie. He just started two months ago and he still has that glow of pride on his face. His uniform is pressed and his wings are shiny. He actually has his massive InFlight Operations Manual (AKA The Bible) out in the galley and open, just in case he wants to double-check the rules. He looks each passenger in the eye and welcomes them graciously, all while hiding the fact that he is being worked to the bone while on Reserve. This guy still gets excited about layovers in South Bend, Indiana and takes selfies in front of the plane before he boards. Gate agents boss him around and Senior Mamas tease him for his enthusiasm. But he doesn't care because he is going to see the world! (right after his layover in South Bend)

The Senior Mama. She gets on board and pushes the other FA's manual out of the way so she can set her 24oz quad shot Americano on the counter. It's been a long day and she wasn't able to drop this trip in order to go to her daughter's Middle School performance of Cinderella. She magically whisks through her preflight inspections and then leans into the flight deck to talk shop with he pilots. Her announcements are the tiniest bit sassy, but she knows her FARs, so it's fine. Passengers love her, newbies fear her and gate agents try to fight her, but lose every time.

The Carefree Cruiser. He's been working for this company for about fifteen years, but you would never know it by his appearance. He looks about ten years younger than he actually is. He has a great sense of humor and besides doing the job well, he seems to truly enjoy his life. He is not married or attached, and seems to go on cruises or vacations every other week. Maybe that's the secret. He loves his job and the people around him. This is the best person to work with.

The Complainer. She storms onto the plane about ten minutes late and the stream of complaining has begun. She rolls her eyes at the Captain and the gate agent, and just about every passenger who comes onboard or asks her for a napkin. She likes to have pow-wows in the galley where she (loudly) airs her grievances with the company, with the pilots, with the passengers and her mailman. This is the worst person to work with.

The Nervous Nelly. This lady is not a newbie, although she is constantly dragging out her Manual and checking the rules. She will stop the boarding process and call for a Customer Service Agent if she thinks something is off. She obsessively has every single passenger press their seat reclining button to make sure that their seats are upright for take-off and landing. She has passengers wave their phones at her, to prove that everything is in airplane mode. During safety demonstrations she goes above and beyond, acting out ridiculous emergency procedures that end up making everyone terrified. She will only serve people in first class one drink a piece, at most, because "they might become intoxicated!" Surprisingly, off the clock, the Nervous Nelly is a boozehound, and a lot more fun.

The Charmer. He gets on the plane and goes straight to the lav to check his hair. Preflight inspections are more like preflight primping. He leans his elbow on seat backs, charming the pants off old ladies, young ladies, straight guys and gay guys. He gives away free drinks and winks a lot. He doesn't really help out with his share of the work, but you don't care because you have been charmed by him as well. In the galley, he whispers scandalous stories to you about what he did last night. On layovers, he always finds a date. Every time as he lands back in his home base, he gets picked up in a different car, usually a convertible or fancy coupe. He is more interested in the social aspect of the job, as opposed to the job itself.

The Chill Pill. This person is just chilling in a passenger seat when you get onboard and you wonder if she is going to help out with preflight inspections. But then she casually informs you that she already did the preflights, no biggie. She takes everything in stride, and while not as suave as The Charmer, she doesn't interrogate her passengers like The Nervous Nelly. During the beverage service, she shrugs if someone complains and hands them an extra bag of peanuts. Her No Drama attitude has the effect of calming everyone down, including you. She sort of floats through her airline career for a few years, before going back to grad school or moving to Southern California to work at a juice bar.

So, which one are you? 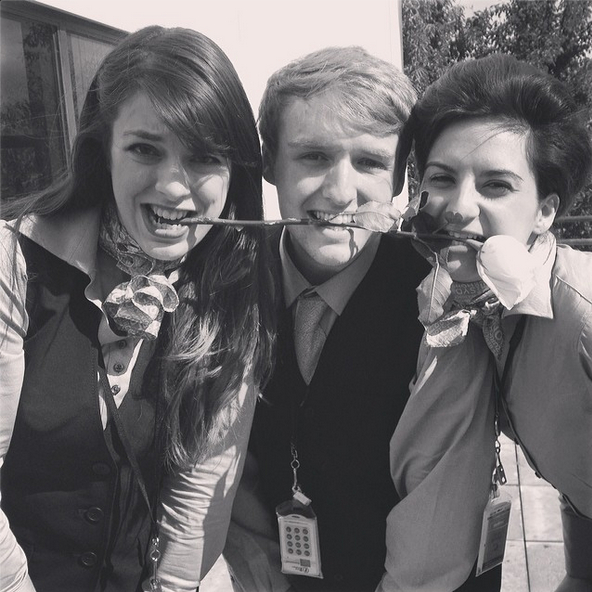